From Friday, December 28, 2020 to about Monday, December 31, moderate to heavy and significant rainfall in the provinces of Khuzestan-Kohgiluyeh and Boyer-Ahmad-Lorestan-Chaharmahal and Bakhtiari-Ilam-Fars North-Northwest Fars East Bushehr-North Bushehr and The west coast of Bushehr province will happen

Throughout the western half towards the northern part of the country, also parts of the center of Iran on Friday to Monday, the humidity in different layers of the weather is significant. European Meteorological Model Output _ECMWF)

On Thursday and Friday, for the provinces located in the northwest of the iran and of course the provinces of Zanjan – parts of Kurdistan province, as well as the cold parts of the western-central and northern Alborz mountain range, there is the potential for snowfall on cold mountain roads. It will be mentioned as a blizzard. The same conditions will be repeated from Sunday to Monday for the mentioned areas, but with a slightly lower intensity than on Thursday and Friday. 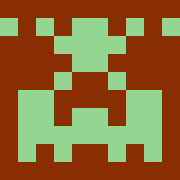